Do I have to introduce myself? - No, you don't. but it would be nice to say hello and get yourself known into the community.
Post Reply
32 posts

We finally have a great and awesome locking MOTD window ( I called it wiki) in the server and this is how it looks like.
http://awesomecars-wiki.syntrwave.com

In it, I have put a lot of important information about the server so everyone can check it out in game, including the bans, how to get VIP and even the chat can be accessed in-game, in future I might be adding even more stuff.
To open it you can do say /wiki or click "n" and select 7.

Also, this new plugin has been added so you can drow pictures like this if you are VIP. 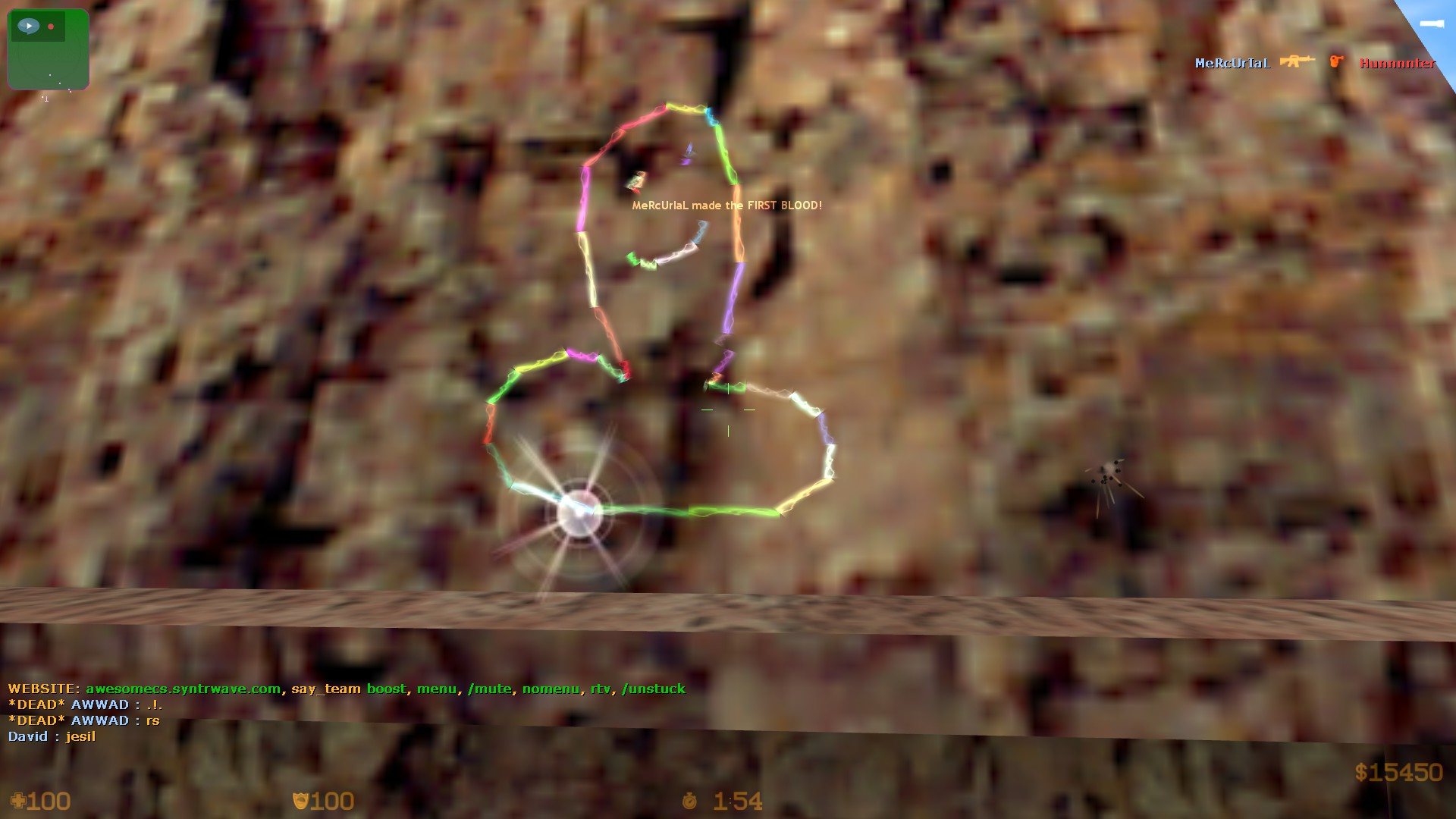 To use it write in console

Knife Duel plugin has been updated to the better one.

Description:
This plugin was originally made by "Johnny got his gun".
When two players from different teams are alive, and want to make a knife duel, one can challenge other by slashing the wall 'x' times(solid map brush).

A new Jetpack has been added as well. The old one, for now, will be disabled as it causes way too much disbalance in the game in the hands of exploiters.

Description:
Well, duh, it's a jetpack! It allows you to travel freely wherever you aim with some added thrust

Simple Redirect has been added in order help and promote other similar servers to ours, so make sure you check them out by say_team /servers and eventually enjoy some of them a lot.

Thanks to OciXCrom (for converting it to public server needs) and with the idea of Linux, now we have this jetpack who has fuel and trust and rockets and it's quite balanced now.
0 x

Now the jetpack costs 100 USD and can be dropped only with "say /jpdrop" command also the fuel is 20% less.

C4 Taker plugin has been added to help admin players against people who don't know how to play with the bomb on them.

Description:
Enables you to take the C4 from a teammate by aiming at him/her and pressing the USE key. (default 'E')
This is especially useful when playing with bots either for gameplay or debug purposes...

Suicide Bomb plugin also has been added. I found it by luck I decided to give it a try cause it seems like a cool thing to experience in-game.

Information:
The suicide bomber is a strategic combat technique recommended only to idiots. It enables you to blow up enemies at close range at a cost, hence the word 'suicide' in the title. This isn't related to this plugin. This plugin doesn't force the server to be suicide bomb based, there aren't any objectives. It's simply here just to add a simple twist onto current game-play. This truly gives a new meaning to the old saying: "Keep your friends close, keep your enemies closer."

After a suggestion from Badboy I have decided to bring back awp_snowfun2, but without the awps on the ground. Hopefully, this would make people leave much less on it because they get farmed by awp players although you can still buy awp from the weapons shop.

After the last server crashing/stop from Mojo, presumably from the exploit found in ReHLDS in July. The server has finally has been updated to the last version of ReHLDS, GameDll, Reunion, and ReApi hopefully that will secure us for the future. And once Mojo comes back in the server he will get as gift permanent pawn for his actions.

As you know I have removed a couple of admins recently so that requires Admin Applications to be open once again. You can apply from here.

That's it for this little update.

8 new map has been added.

8 maps have been removed as well.

air_combat - not even a good map, people tend to leave on it and I don't enjoy it
ow_cc_even_owyer - no one really plays this one
jnz_car_city - barely played a boring map
helms_deep - not even for our server, rarely played as well
fun_box - after removing the AWP on it seems it's not such a fun box
most_wanted - there is the second version so, it's okay
de_cchq - really great one but too big confusing and never played, sadly
megacrazycar - it is unbalanced and not much fun playing on it.

if you care you can see check out what those means here: https://forums.alliedmods.net/showthread.php?p=156560
That's the little changes, hope you like the new maps a lot.

2 new skins have been added for CT and T, replacing the Trump and Deadpool ones. 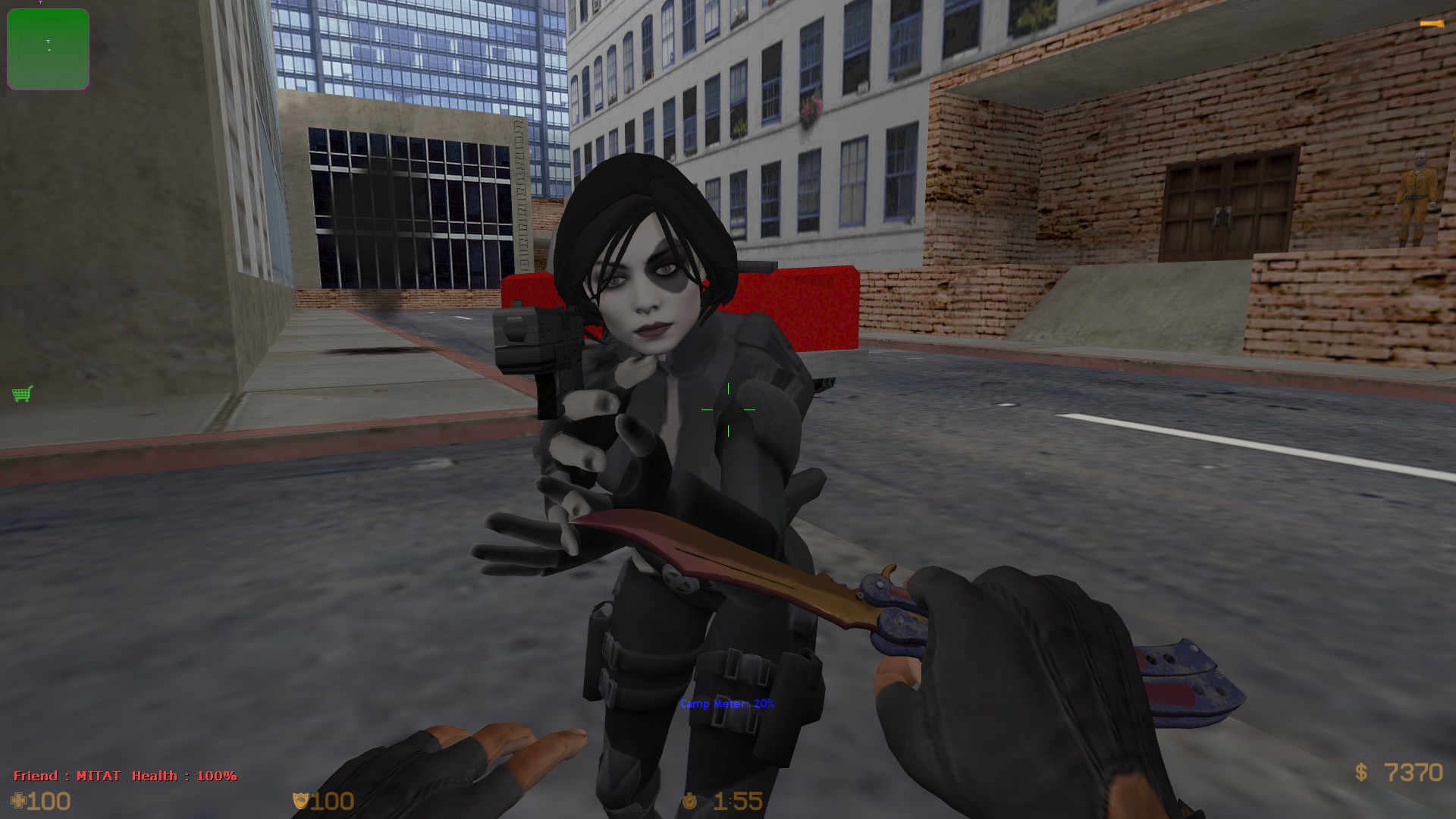 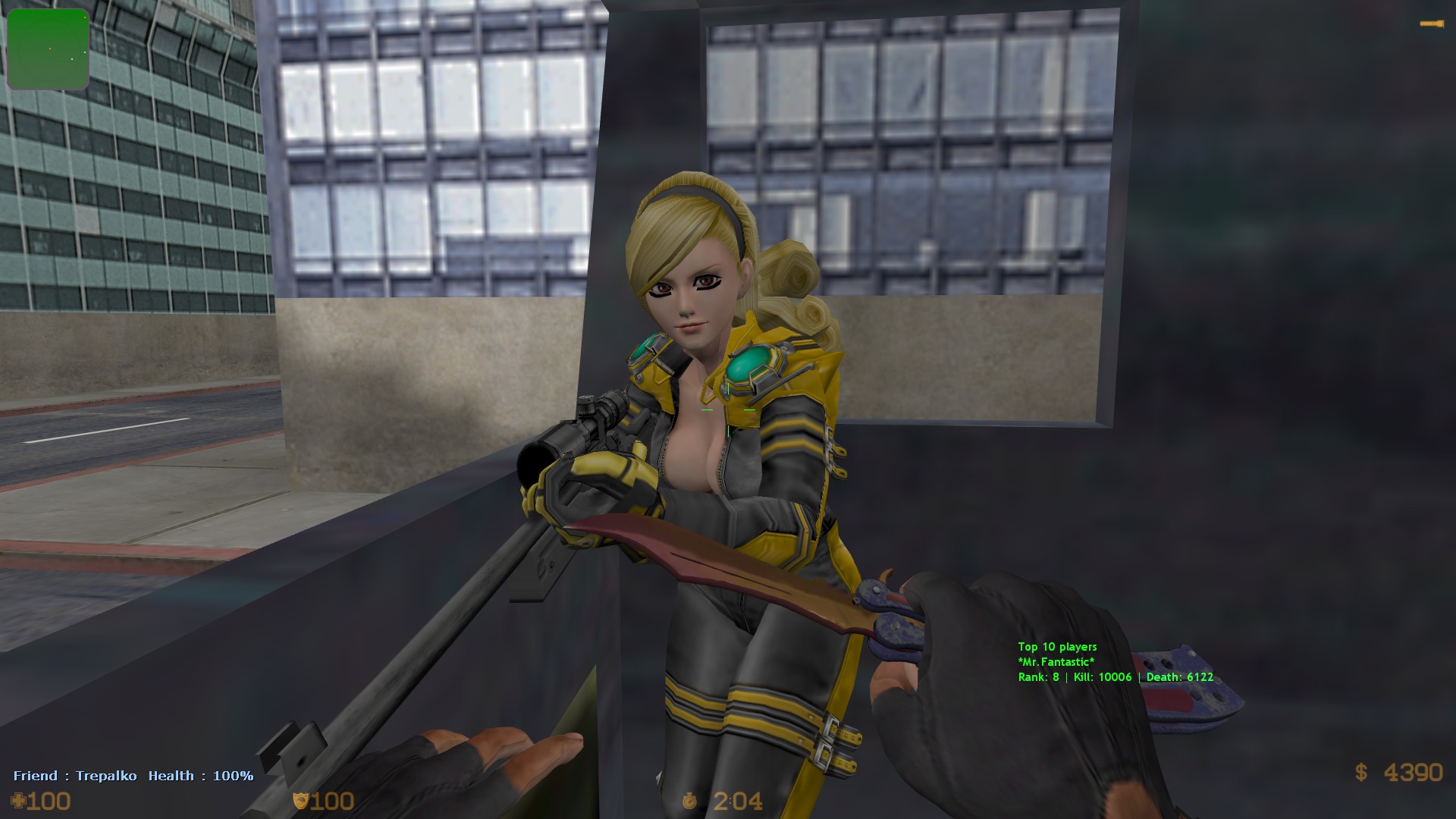 Hope you like them, cause I selected the best of the best.

As the part of our yearly Christmas update, 8 new x-mas maps have been added for holiday season 2018.

Along with the maps couple, Christmas plugins have been enabled again just for the holidays.

Also, let me know in the server or here if you are okay with this x-mas setting for the maps (the blue thing). 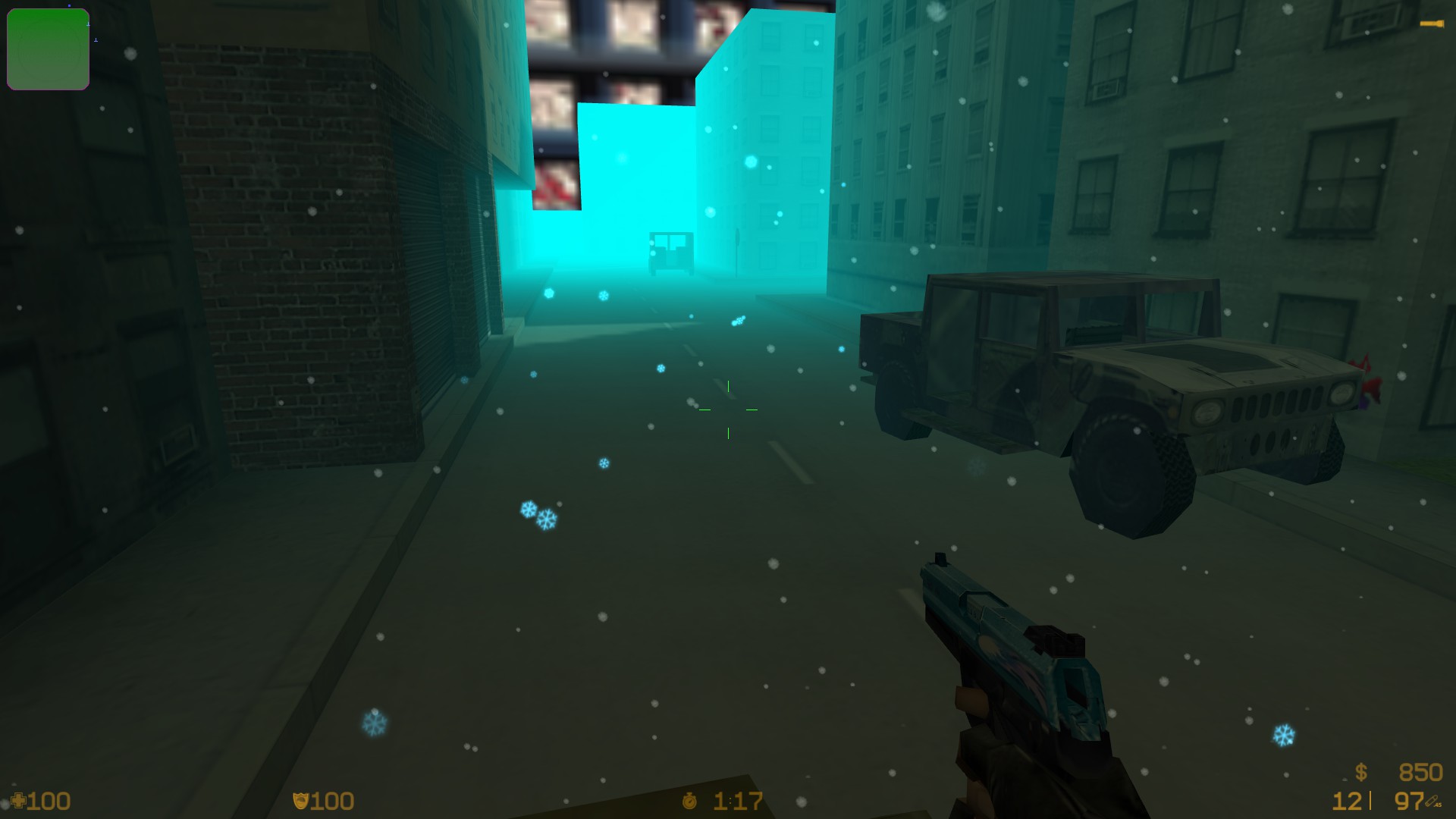 Also, I am planning to give every VIP or AwesomeVIP fireworks for free for a limited time (holiday season), if they requested it with a private message on the forum to me. 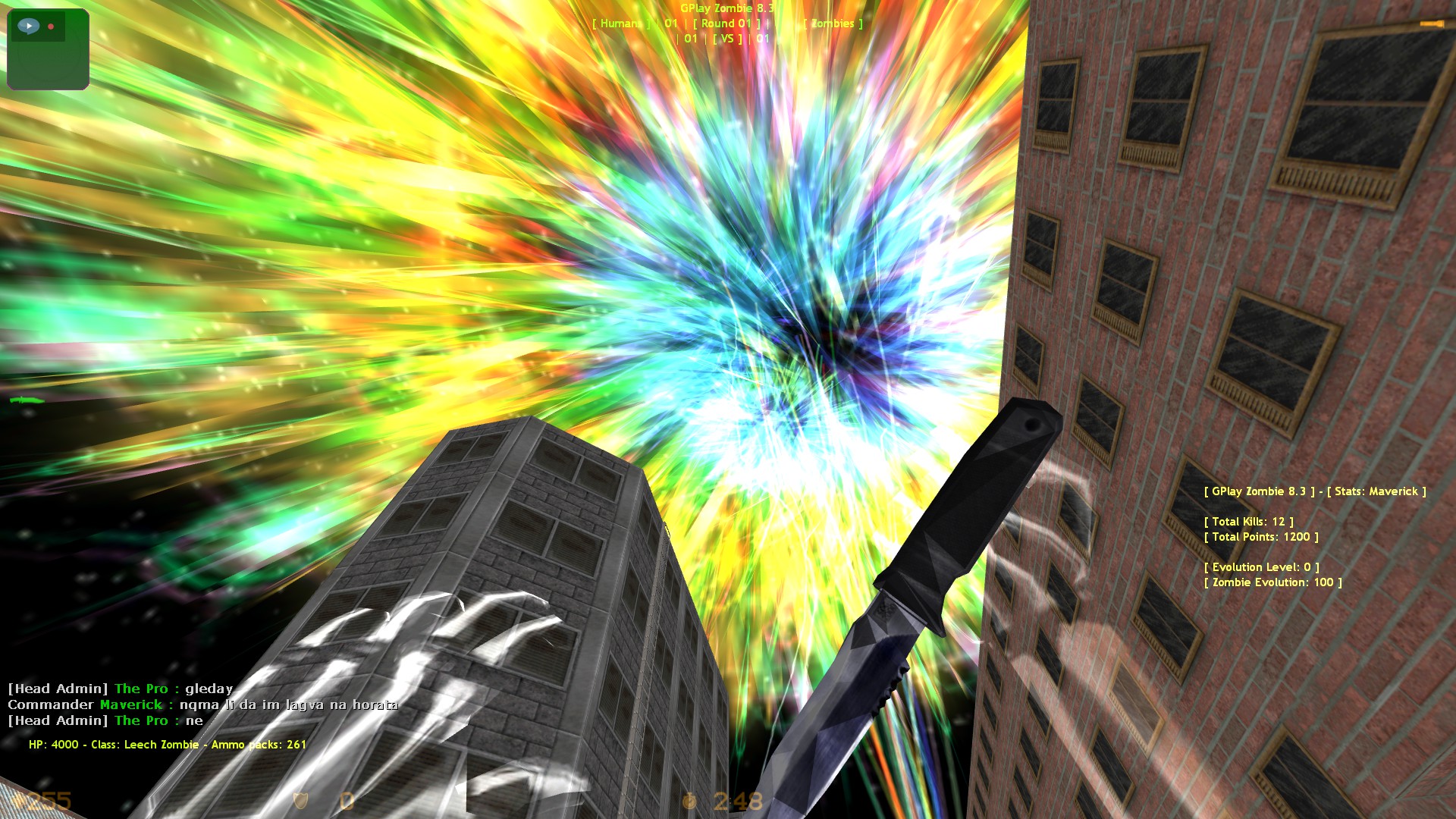 Wish you all have great holidays from me. 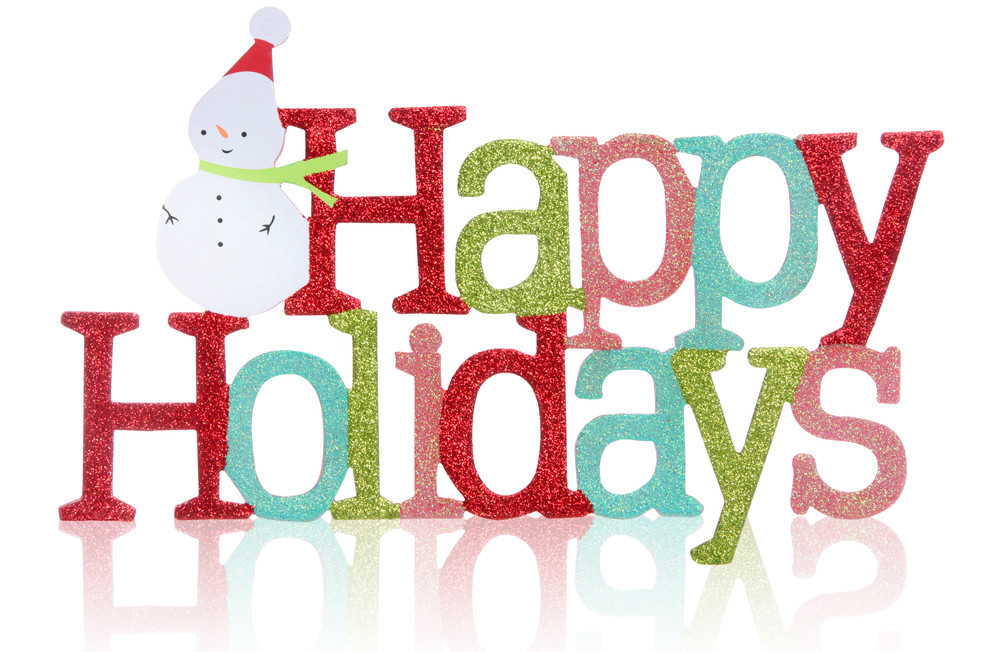 Couple little changes are made after the holiday season.
GM_StarWars map added by suggestion from Sneaky.amxx

Christmas songs, trees, presents, hats, snowflakes, and maps are removed
a new knife karambit is added to the server for VIPs just say /knife to choose it
a simple info menu is added for people whom /vip does not work you can open in from the main menu or with say /vipextras
Adnaced Fog plugin added, to be able admins to add fog with the color they like - for fun 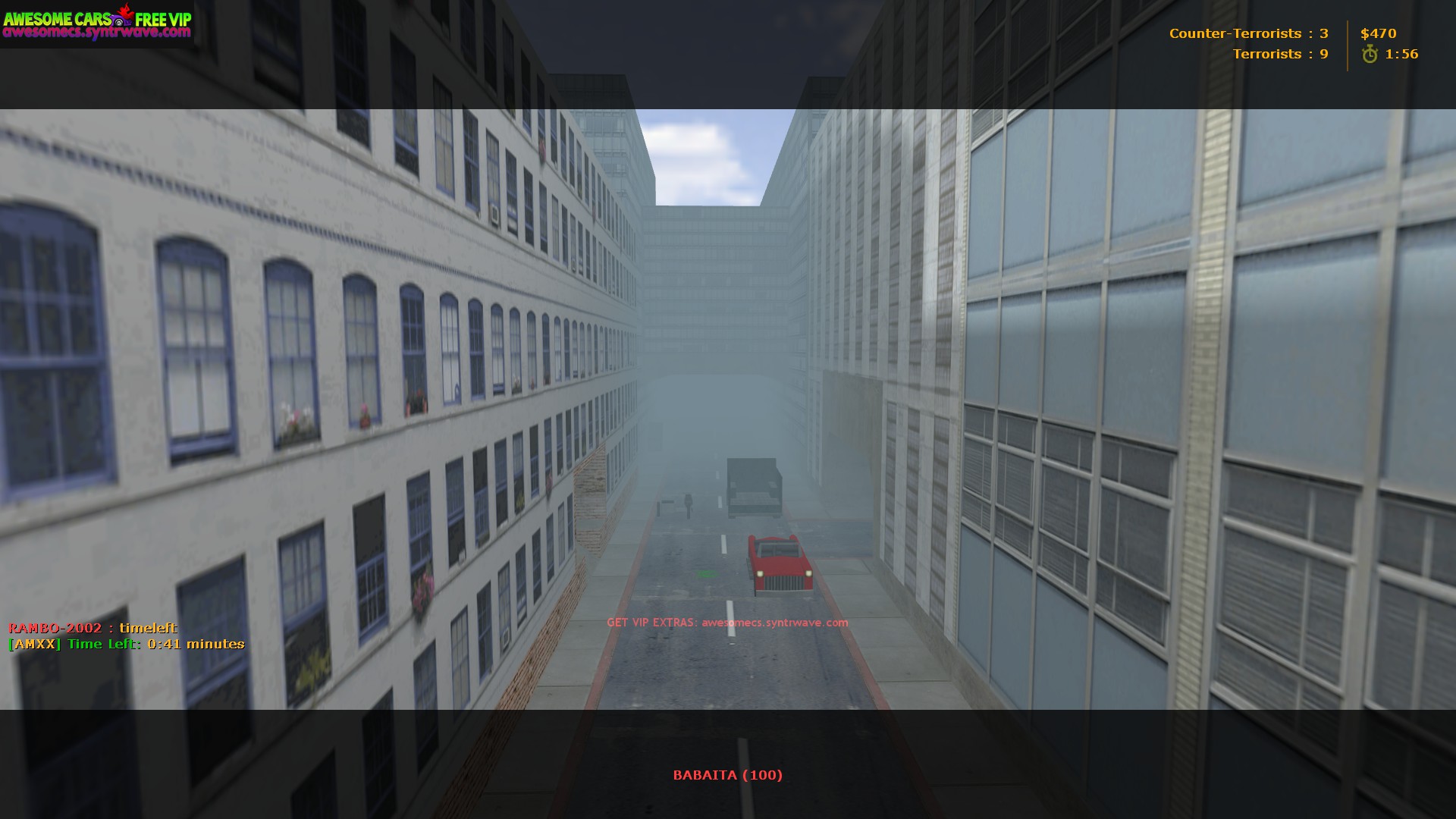 Random weapon round mode added to diversify a little bit the game. Remember if you get the random weapon and don't like you can always buy other
A new knife has been added for VIPs and a menu to select which knife you want will appear every time a map changes 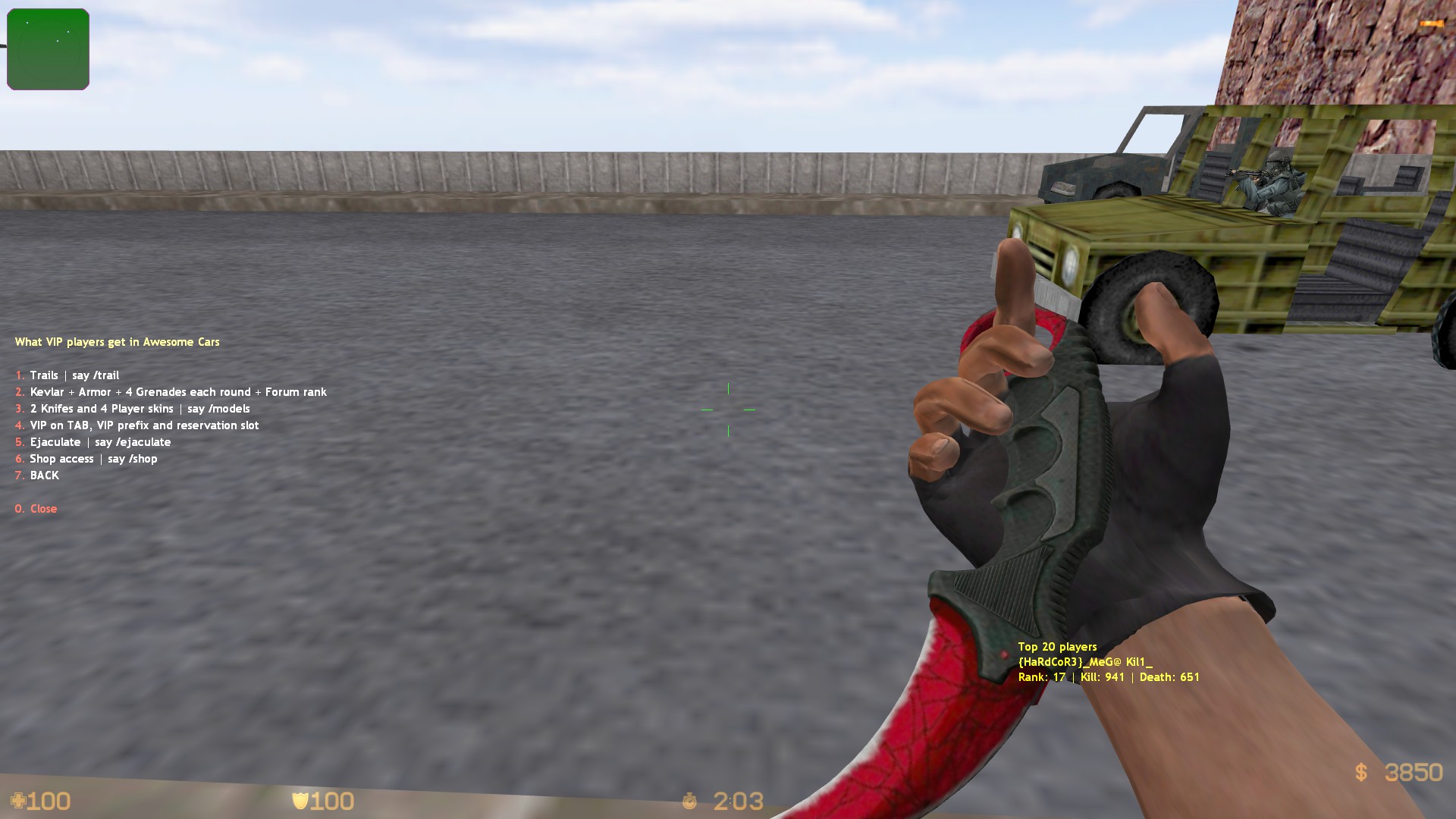 The wiki website has been updated with radio page from which you can listen to some of the best radios I found. 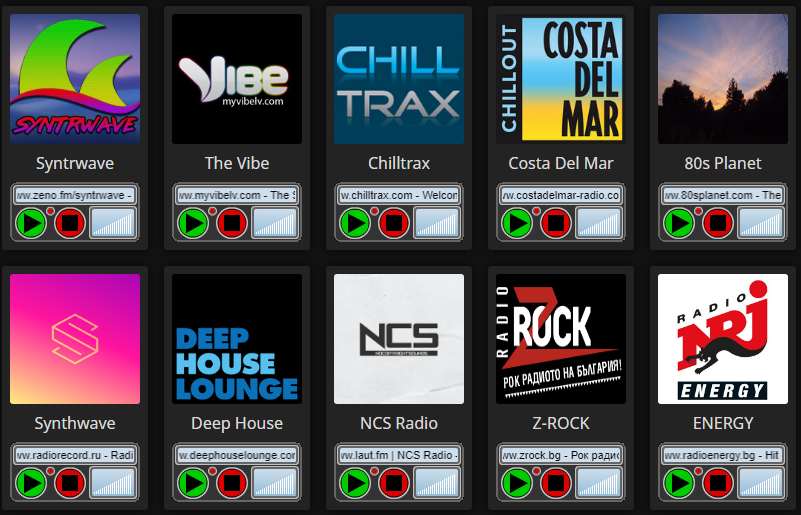 C4 Taker added and now VIP would be able to take the bomb from players. I added this because sometimes T players are noobs and don't plant it.
Suicide Bomb plugin added for fun, you can now suicide and kill everyone around you for the price of 10 000 cs money. 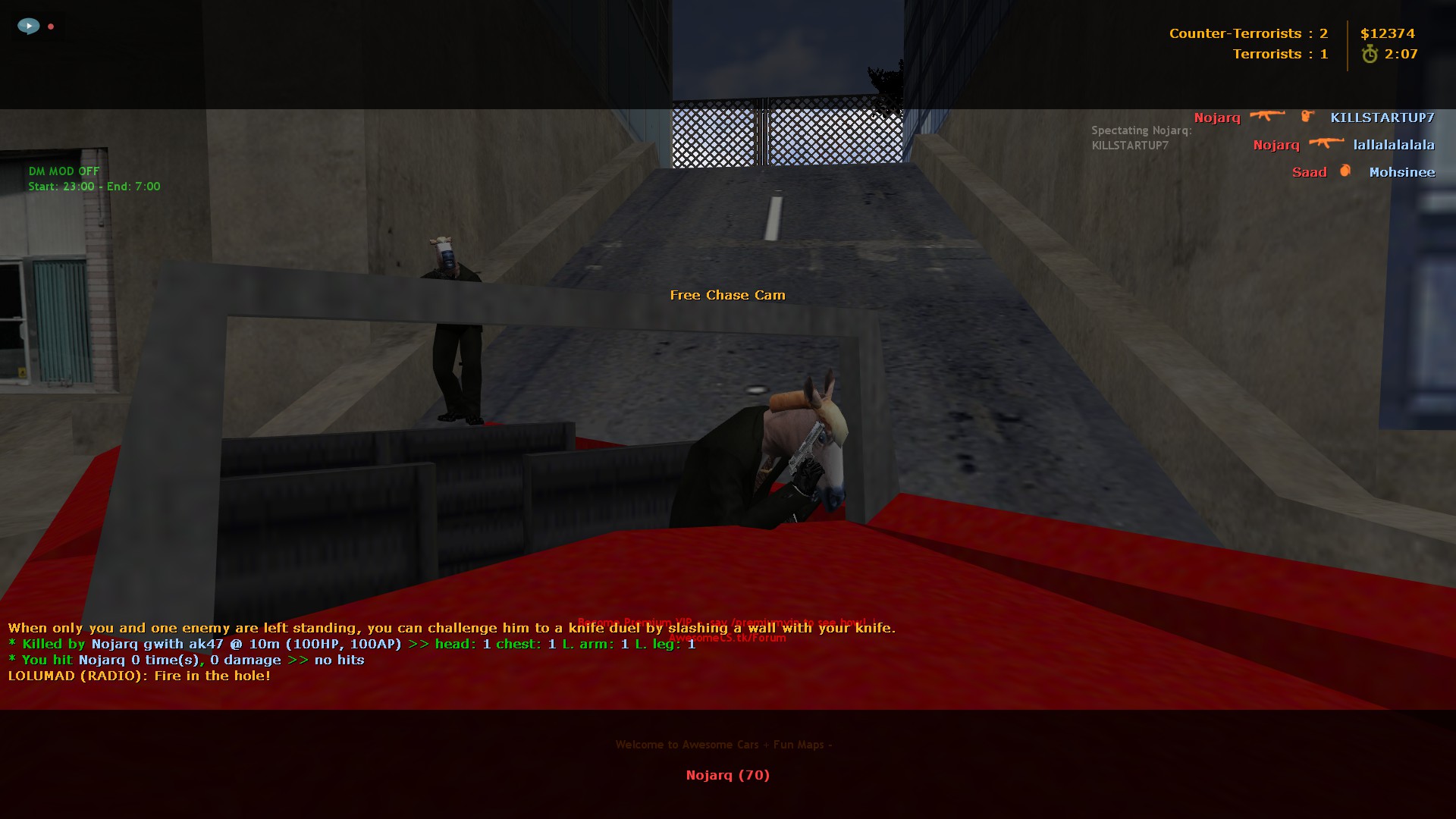 Also due to popular demand by Badboy the horse skin is back again.

A couple of bugs have been fixed in this update.

Random weapon round plugin has been tweaked to give everyone one weapon, during this round you can't buy or throw what it gives you.
Also on big_city2 terrorists camp spot have been made to camper zone and after 15 seconds you will get damage

Advanced HP has been added, for me to use it, when I decide I wanna be a zombie.
Deathtype Effects for better effect on various deaths.
CS Vehicle License Management plugin added to fight against team killers.
Admins can use two commands on players:

Trade Money plugin have been added by a request of Badboy, just say /money or click n and select money from the menu 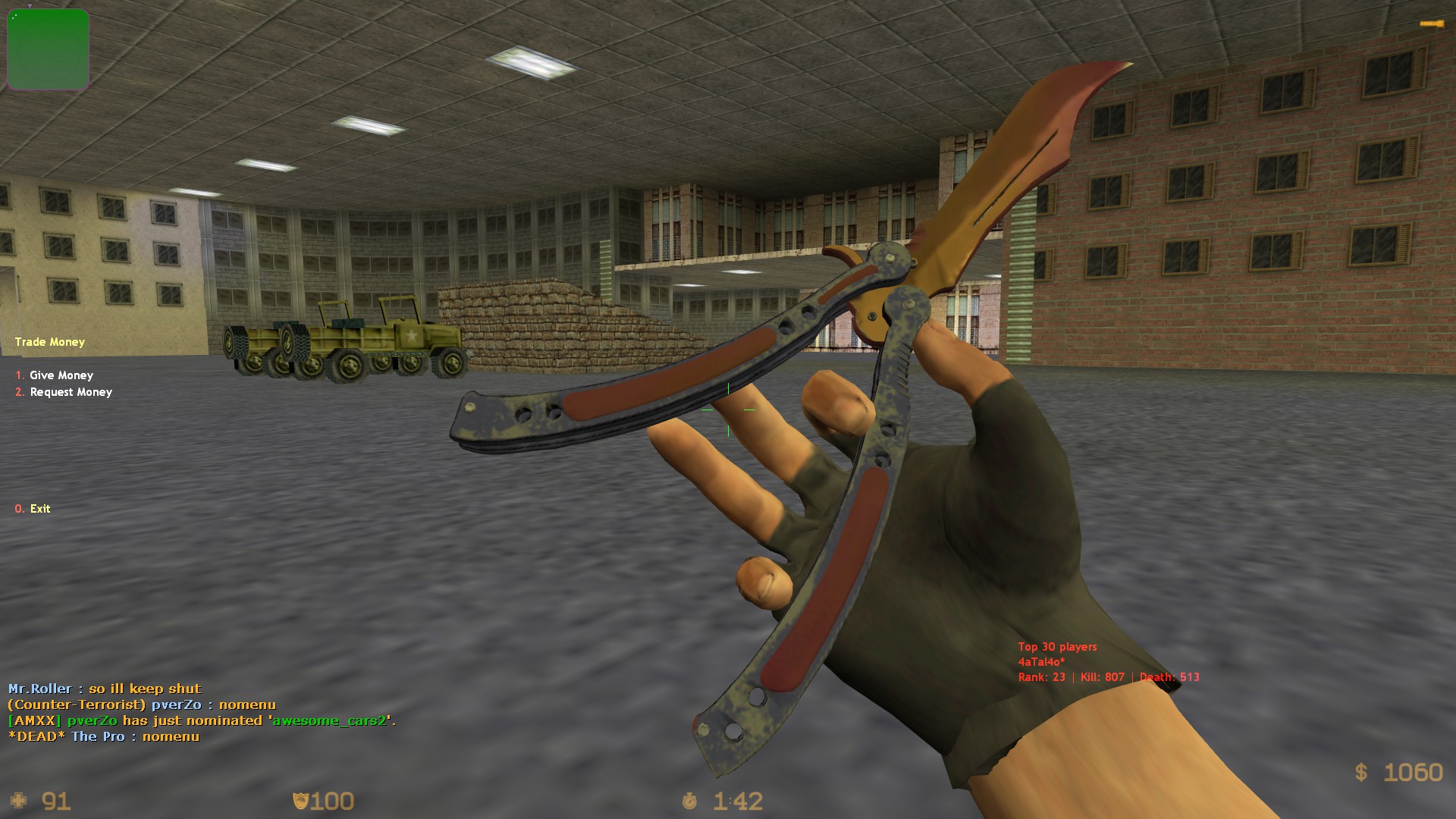 This plugin for CS adds 6 new modes for all the grenades. Simply select the grenade, and right click to change the mode. This plugin is based on the plugin mentioned in credits.

Happy Hour plugin added and is active from 10pm to 12pm and it will give to all players free grenades and deagle except on knife maps.

Ticket System plugin added as well there is really no real need for that, but I saw it and thought it would be a good way to troll the admins and the users. 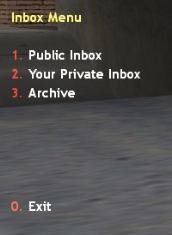 Description
This plugin allows players to use their guns as a pogo stick. To use the pogo, aim down at the ground (must be straight down) and shoot your weapon and you will be lifted into the air. There are cvars to control the functionality (see below).