Re: Just a maps

My opinion would be that I'd like for de_rats to be in, it's a huge map and much comfortable for flying around and such things we have. It's really adaptable to our way of gameplay. It's also one of the most recognisable maps in this game. When the server hits the roof with players, it also can be one of the most playable maps. So what if it's played on other servers, it only proves that many of players would like to play it.

I've played earlies those two maps, but I don't really have any special opinion about them. We even had that school back then on the server. In conclusion, I'm neutral.
1 x

I saw them and maybe will consider adding them, but do you think that they are suitable for a server with name like ours "Awesome Cars", cause from what I saw they are not cars map.
0 x

Maverick wrote: ↑
Wed Dec 06, 2017 8:17 pm
I saw them and maybe will consider adding them, but do you think that they are suitable for a server with name like ours "Awesome Cars", cause from what I saw they are not cars map.

The de_rat is a good map and it's awesome
0 x

Like I said, de_rats was mostly used as the regular Public map, but it has so many features that unexpectedly made it suitable for our gameplay. I'd say that it would easily break through to our best maps to be played with this mode, alongside chopper_attack, awp_snowfun2 and such. Many players would recognise this map and it could probably be used for getting us players (through accident searches and such).
0 x

Another new maps for geiove :D:D

YO guys what do u think about this simpons?

Have a nice night 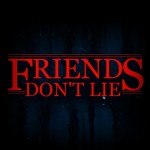 how about more awp maps like awp_zigzag
and more normal maps like de_dust2,more de_rats maps
it's just Suggestion im not complaining about anything
0 x
Top

Have a nice day

Users browsing this forum: No registered users and 3 guests